Elected officials in Washington from both sides of the aisle stepped up to fight Trump's threats of mass deportation.

The BRIDGE Act would maintain many parts of President Obama's Deferred Action for Childhood Arrivals plan by continuing to protect 740,000 recipients of deportation reprieves and work permits.  It would cover undocumented Americans under the age of 15 who would have been approved for DACA and would prevent personal information to be used to deport Dreamers' family members.

With a gridlocked Congress, and the looming Trump agenda still on the horizon, it's hard to say if this bill will pass.

That's why we need your support to show elected officials the wave of support behind this bill - this measure is right for our economy, right for our students and it's simply the right thing to do. 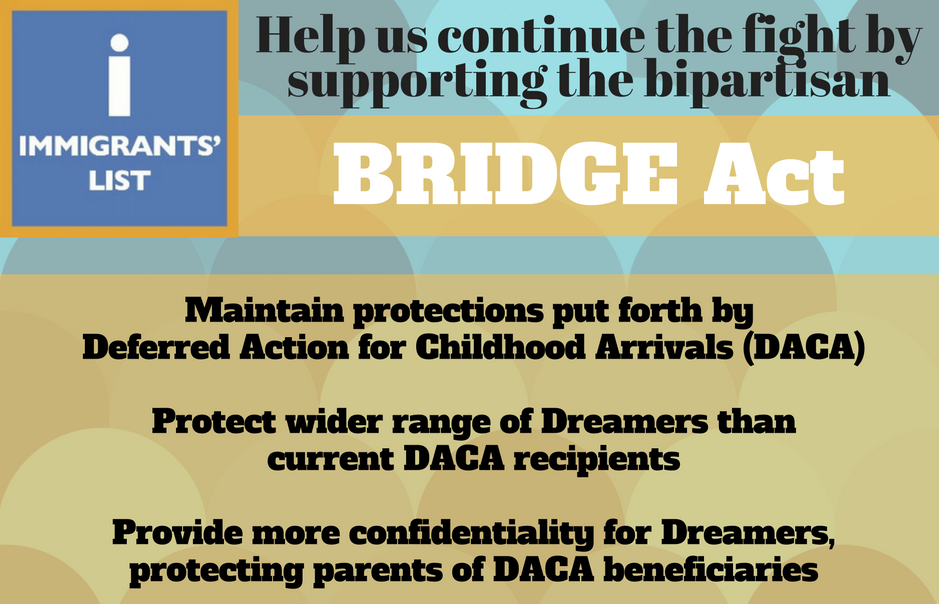 Will you support the BRIDGE Act and other congressional measures to maintain protections for undocumented Americans nationwide?