IL Invites to a Discussion with US Senate Candidate, Russ Feingold 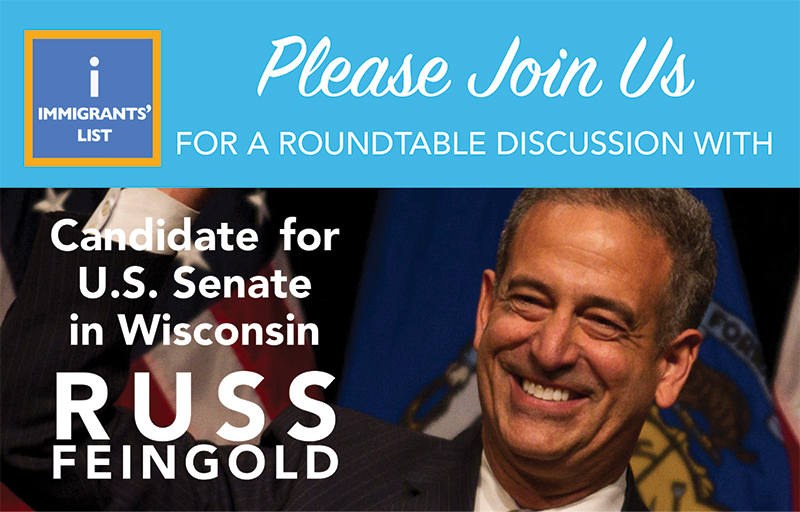 Russ Feingold is strongly positioned to win back his old seat in the United States Senate this November. Unlike his opponent Ron Johnson and Donald Trump, Russ supports federal assistance for sanctuary cities and thinks a clear pathway to citizenship for undocumented workers should be our top priority.
We need to elect pro-reform elected officials up and down the ticket, which is why IL is proud to support Russ Feingold in his campaign for US Senate this year. Please join us for an upcoming round table to learn more about the campaign and what's at stake in this election.