At this summer's party conventions, we heard elected officials and politicos from both sides of the aisle make the case for what can be done to change our immigration system.  We also heard from non-candidates as well who told their own inspiring stories of hope for immigrants and DREAMers across the country.

Karla Ortiz, a 12-year-old born in Las Vegas, speak about her fears that her parents might be deported any day. We listened as DREAMer Astrid Silva talked about her family's pursuit of the American Dream and struggle for a better life. And we watched as Khizr and Ghazala Khan told us about their son, a soldier who lost his life shielding others. These stories represent the best of America. 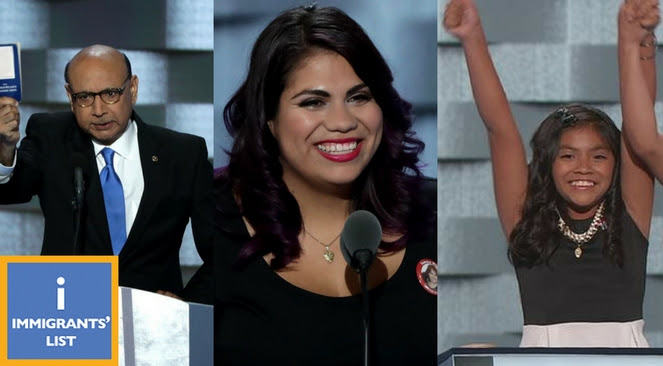 But there was another side to the conventions, one that was much more frightening. Sheriff Joe Arpaio echoed Donald Trump's calls to "build a wall", and Trump himself called immigrants "criminals" and "murderers". Watching the conventions has made it clear that America faces a fundamental choice this November -- that's why we're fighting to make sure true reform champions win on Election Day.

With the election just around the corner, we ask not only for your support -- but also for you to share your own story as well.  Tell us what inspires you to fight for reform at [email protected]